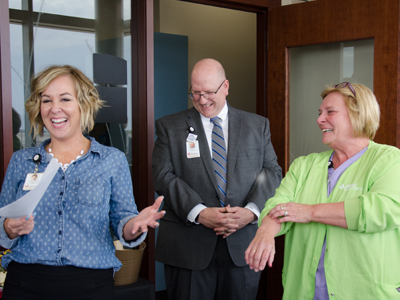 The award recognizes a nurse who consistently embodies a commitment to excellence in nursing education and clinical care.

With almost five decades of experience, nurses at JRMC recognized Wegner for her commitment to caring at JRMC. In her 45 years with JRMC, Wegner has assisted in the delivery of more than 13,000 babies. Today, she helps deliver the babies of the parents she helped deliver 20-30 years ago. In addition to helping with labor and delivery in JRMC’s Family BirthPlace, Wegner also obtained certification in lactation consulting and car seat safety.

Also, she and her husband, Don, support JRMC through organizing the annual Polar Plunge event each January. Polar Plunge has raised $170,000 for JRMC Hospice since its inception 12 years ago.

“We admire Marla for her commitment to caring for families here at JRMC,” said Trisha Jungels, chief nursing officer. “She is THE difference to patients big and small.”

This is the sixth year of the award established by Brian and Nancy Spector through a named fund with JRMC Foundation. It honors the memory and legacy of Brian’s grandmother, Nora Paulson, RN and her 20 plus years of service excellence in clinical care and nursing education at Jamestown Hospital/Jamestown Regional Medical Center.

Brian Spector grew up in Philadelphia and now serves as an administrator at Yale School of Medicine. He says he remembers spending summers in Jamestown with his grandmother.

“High-quality healthcare was very important to Nana. She was very special to me. This award is one way she can live on in perpetuity,” he said.

The Nora Paulson Award recipient is voted upon by his or her peers. The award provides an annual grant to a JRMC nurse who consistently embodies a commitment to excellence in nursing education and clinical care.

JRMC celebrates nursing week with the Nora Melvold Paulson Excellence in Leadership Award, honoring one nurse each year. Nurses week was May 6-11, 2018. 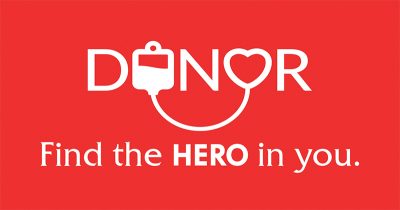